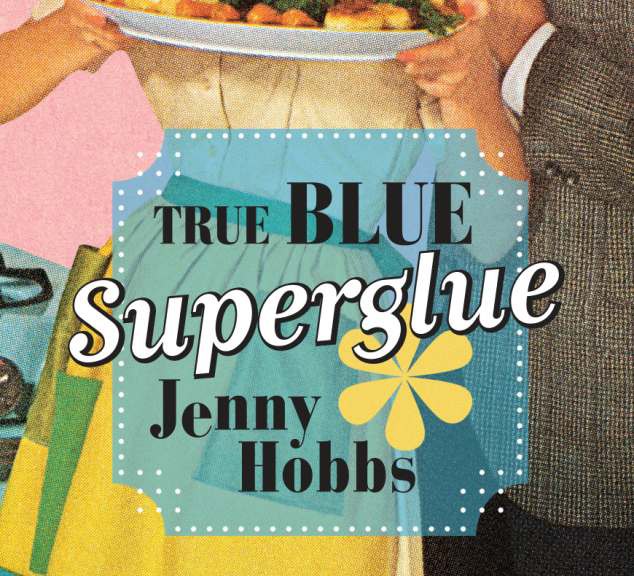 Anne Perceval thinks she has it all: the dreamboat husband, children, a happy household, and the ideal job. For the twenty-nine years of their marriage Doug is her safety net as she becomes a successful lifestyle journalist and agony aunt in London, writing popular columns for a women’s magazine. But as Doug’s career falters and a return home to South Africa holds an uncertain future, Anne faces new challenges that will test her resolve. When Doug falls ill, the consequences threaten everything she believes and has lived for.

Women are at their most heroic when protecting their families from harm. But they also have their own identities to forge, and this can clash with familial duty.

Anne Perceval, the hero of Jenny Hobbs’s eighth novel, is ferociously caring as well as ambitious. This warring combination drives a story that begins with Anne’s South African childhood in the 1950s. She meets Doug at university in the ‘60s, a time when women’s horizons were broadening but marriage was still the Done Thing. They marry, move to England, get work, have children, and, after the dismantling of apartheid, move back to South Africa.

During their time in the UK, Doug is a corporate drone whose thwarted hopes and stints of unemployment lead to crippling depression. Meanwhile Anne, under the pen name Annie Butterfield, becomes the most popular food writer and agony aunt of her day.

The compassionate advice Annie dispenses to others lets her down when it comes to her own relationships. The glue of the title refers to an unwavering belief in love, but love can be a difficult beast.

Not that Hobbs is always pondering matters of the heart. The changing role of women in society and the evolution of the media are told through domestic minutiae that become moments of high entertainment.

The world of women’s magazines and the vying demands of career and family are subjects Hobbs knows well. She also has a fine ear for dialogue. Strong supporting characters leap off the page, particularly the housekeepers Euphemia, a queenly Ghanaian who gives marital advice (“Go away next weekend. Make some love”), and the former MI6 spy Budgie, who describes her shortcomings as: “Prone to foul language. Won’t get dressed up. Can’t swim, so shit-scared of rivers.”

There are some very funny scenes and a lot of sex, some of which is also very funny. Anne is a flawed hero often blind to her own faults, but she is written with a warm honesty that makes the reader cheer for her at every turn. The same goes for the rest of the cast. Hobbs’s characters are so real that one can’t help wondering if this book is in some ways autobiographical.

It isn’t. Hobbs, who lives in Franschhoek and recently stepped down as director of the town’s annual literary festival, says: “The trouble with writing novels is that readers always think you’re talking about yourself, and while the timeline and contemporary memories are more or less mine, all the characters are imagined. Budgie just walked into the story and made herself at home, cussing blue murder all the way. I have no idea where she came from, but she grew and grew.”

The power of Hobbs’s tale has nothing to do with its social or geographical location. It cuts to the heart of every woman’s struggle to be whole in a universe intent on fragmenting her, leaving the reader tearful and satisfied while wishing it had gone on longer.

Some critics may question the relevance of a novel about a white South African woman who lives, despite her emotional travails, in a bubble of middle-class privilege. They might as well call Jane Austen irrelevant because no one goes to balls any more.

True Blue Superglue follows their lives from big-dreaming students to strung-out parents to a couple at the end of their tether. It is a love story with a sting in its tale that moves from South Africa to swinging London and back home again. Witty and poignant, Jenny Hobbs’s novel is also a tribute to a life lived as a woman in changing times.