Twenty-five years after it heralded the arrival of a significant South African novelist, Thoughts in a Makeshift Mortuary has been reissued. To me it has always seemed an offence that Jenny Hobbs’s novel, one of the great South African works of the 1980s, has been allowed to go out of print. Thanks to Umuzi, then, for making this South African classic available to generations of new readers.

Those coming to the book anew will find that there is much in it to chime with the famously wise opening line of LP Hartley’s beloved novel The Go-Between (1953): “The past is a foreign country: they do things differently there.” In the Hobbs, the past is 1983 and the foreign countries are Lesotho – and South Africa. Rose, a teacher, and Jake, a poet and activist, fled the latter for the former. They cannot live and love together because of South Africa’s odious pass laws. What happens to them in a Lesotho village sets off the thoughts and hopes that animate this novel and make it not only a poignant reminder of terrible times, but also a call for hope and renewal in the strange days of South Africa 2014.

One thought on “Darryl Accone in the Mail & Guardian” 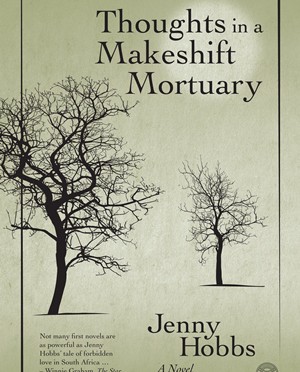