Hobbs’s second novel is a good read… Set mainly in the fictional sugar town of Two Rivers in the early 1950s, when the Nationalists’ apartheid laws were just starting to have impact, it explores through the eyes of an intelligent, sensitive 14-year-old girl the life and conflicts of the town’s black, white and Indian communities.

The girl, Isabel, comes to the town from a Transvaal mining dorp for a brief stay with her elder sister and brother-in-law – the local pharmacist, a remarkable sympathetic and well-drawn character – after her father’s death and her mother’s subsequent nervous breakdown.

During her sojourn there, events that will have a lasting effect on her adult existence take place, including a devastating race riot during a Hindu religious festival that is indelibly stamped on her memory. But the book is far from overtly political, although, in dealing mainly with the concerns of ordinary people, it expresses well how social realities surround and impact on them, both personally and as a community…

Her account of the dissolution of Isabel’s marriage and the emotions this invokes, shows remarkable insight into the very nature of relationships …  She is also adept at describing the pleasures of sex in middle age. 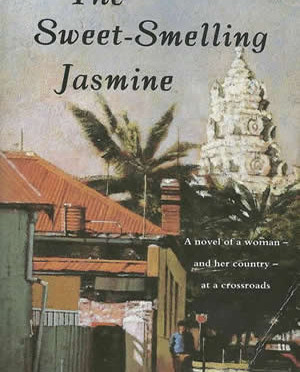